The Lia Varesio Woodland of ‘Others’ 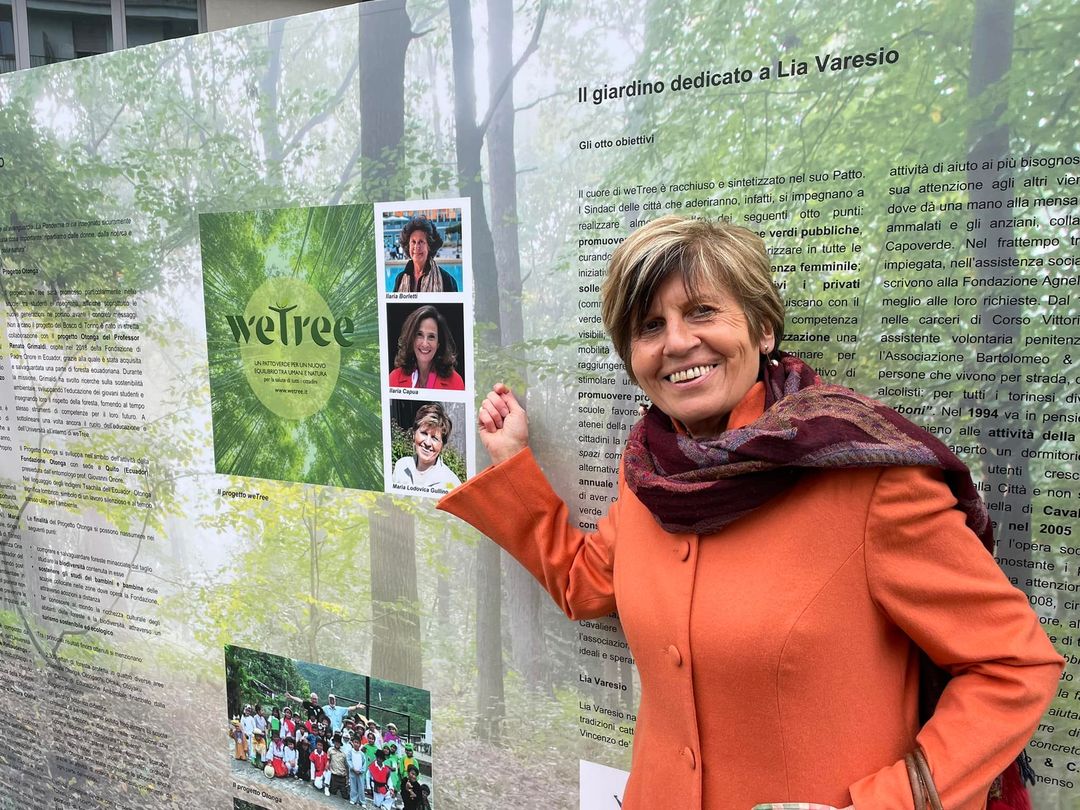 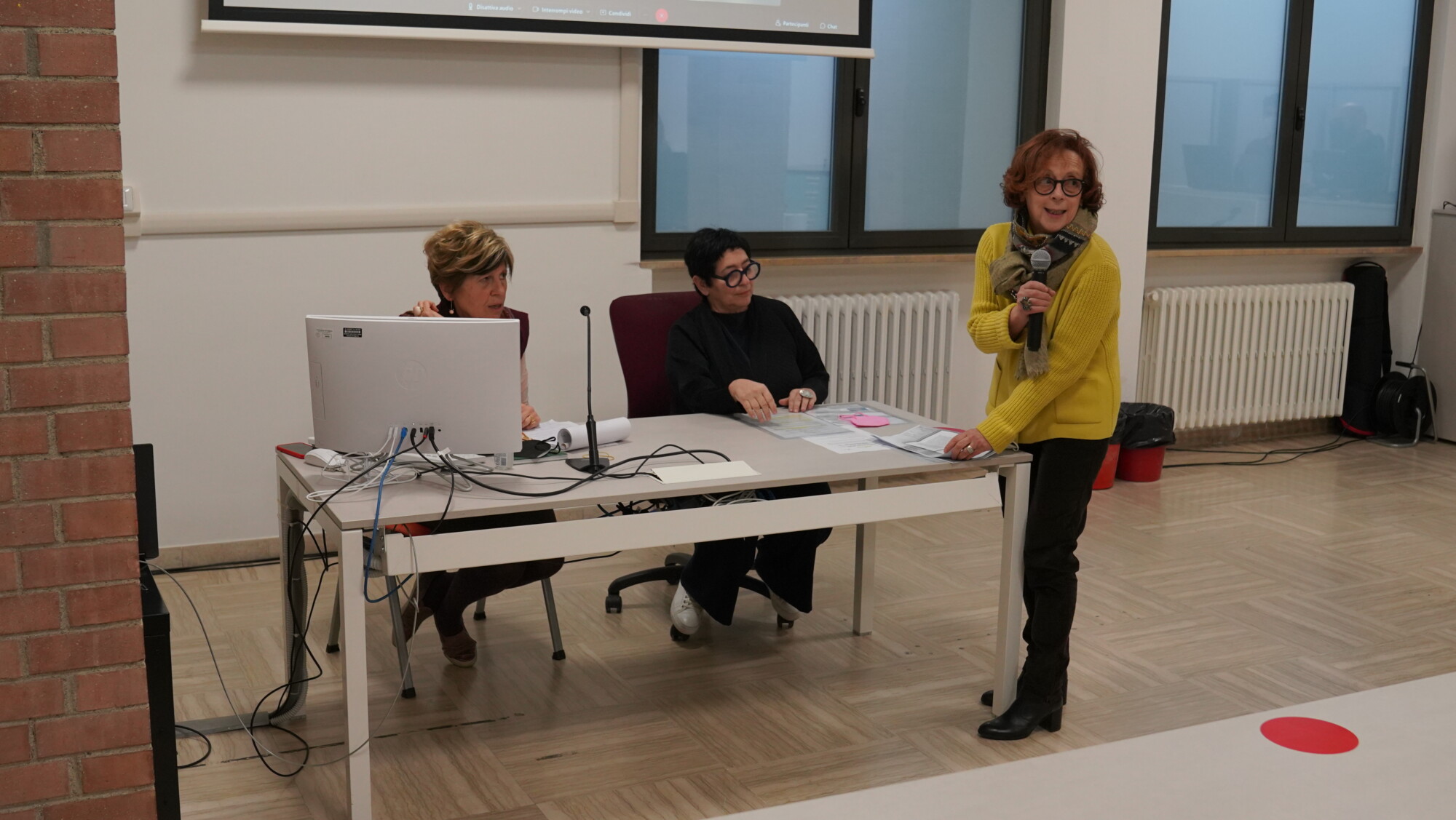 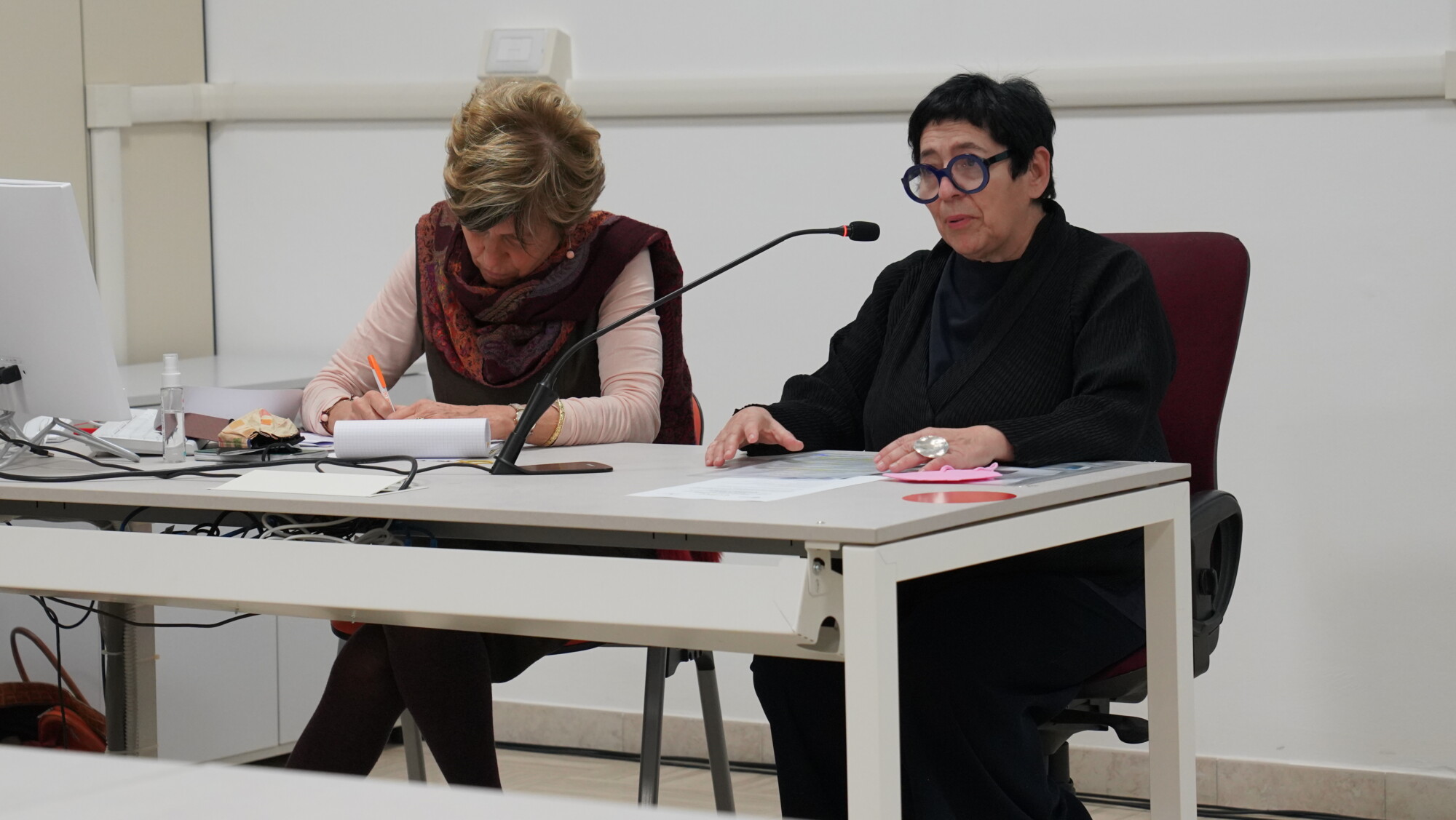 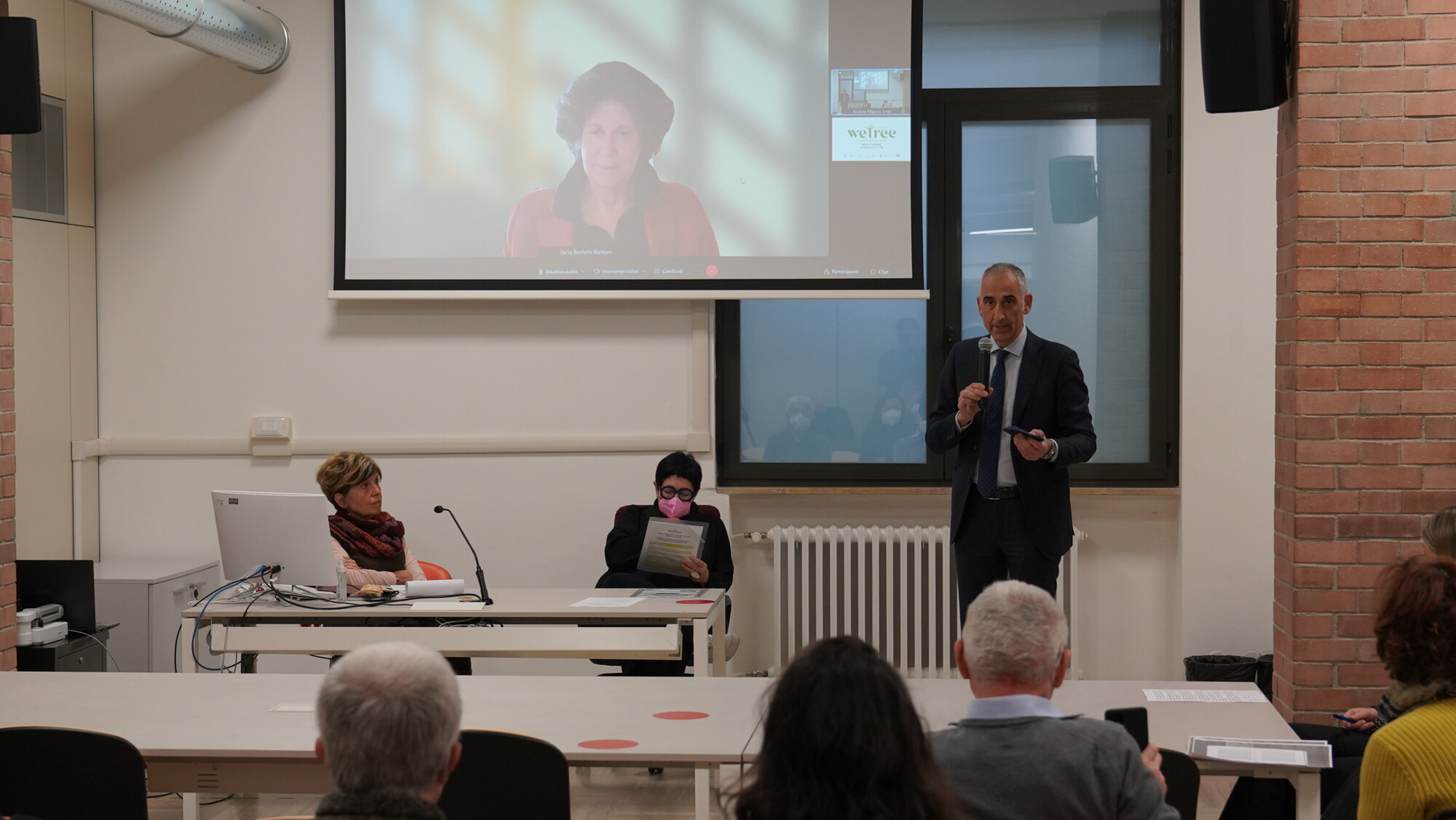 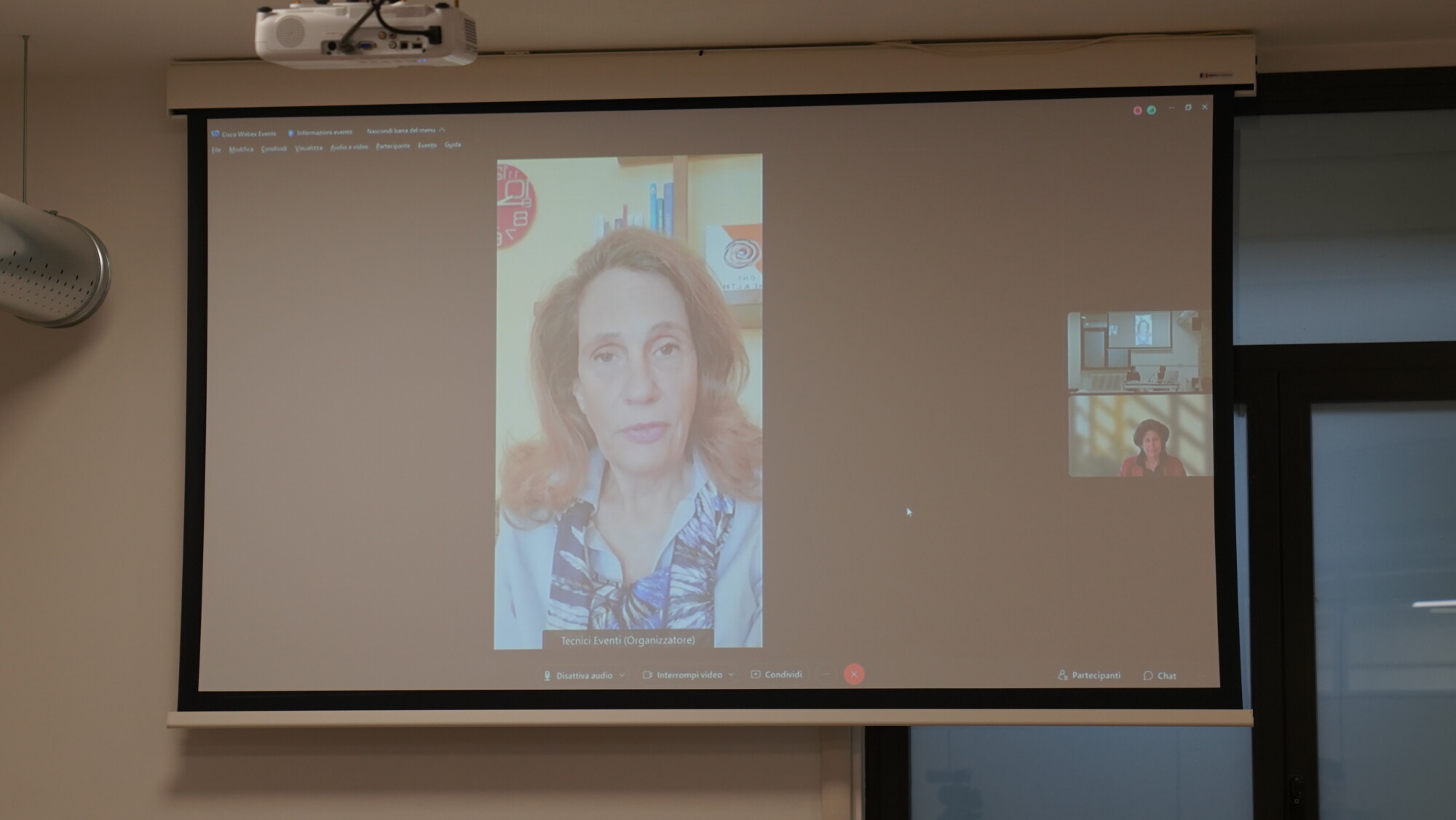 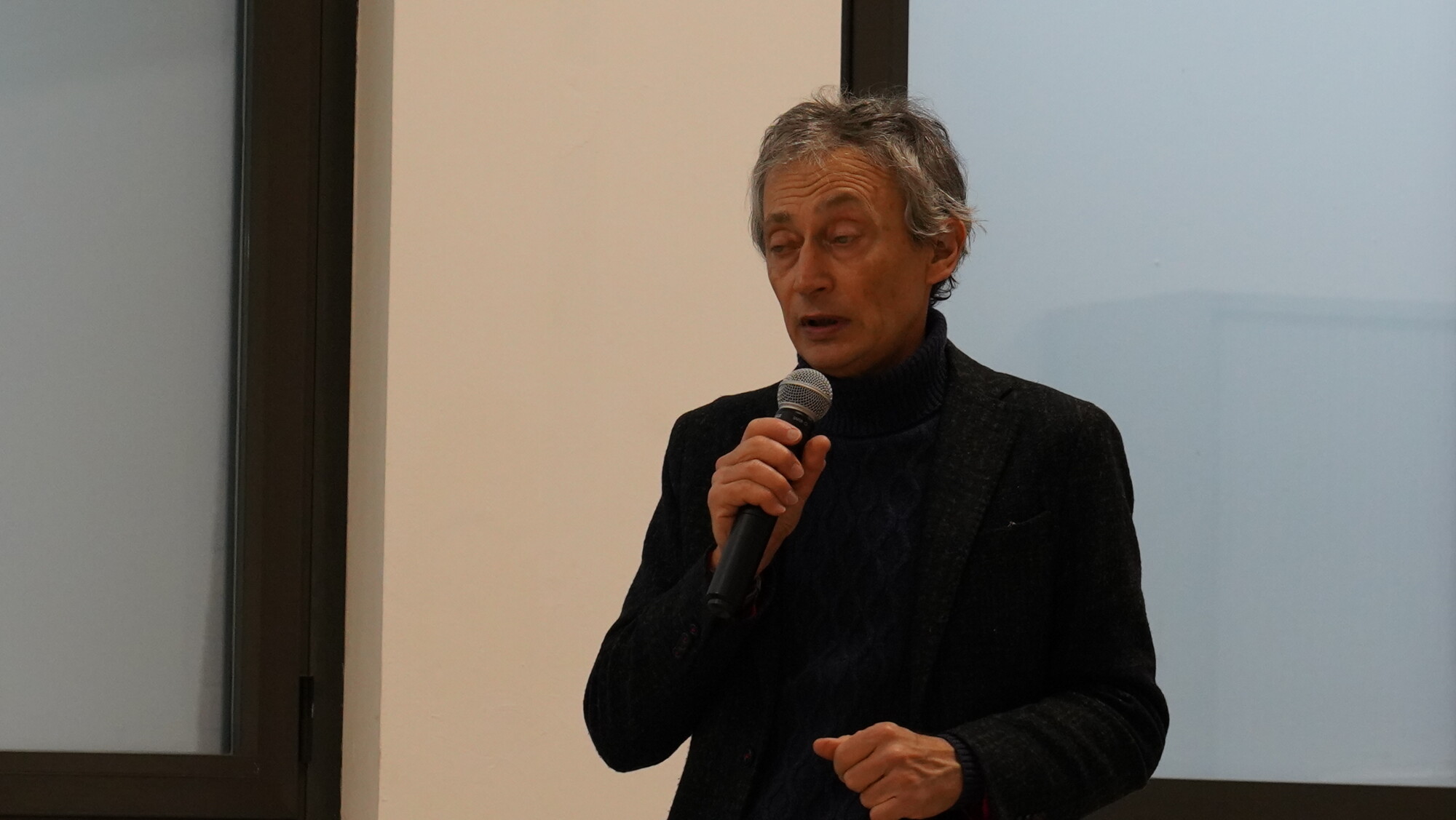 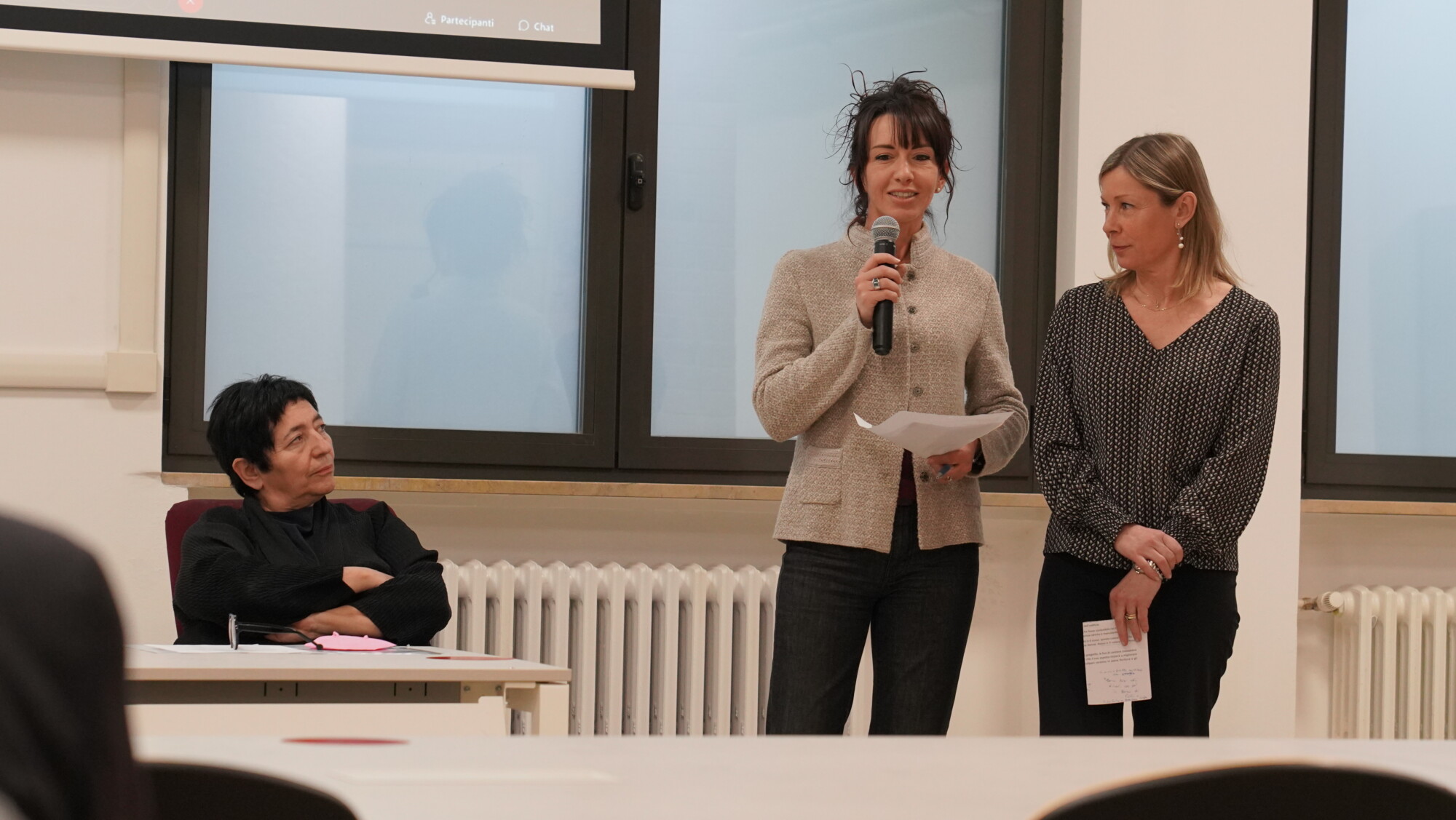 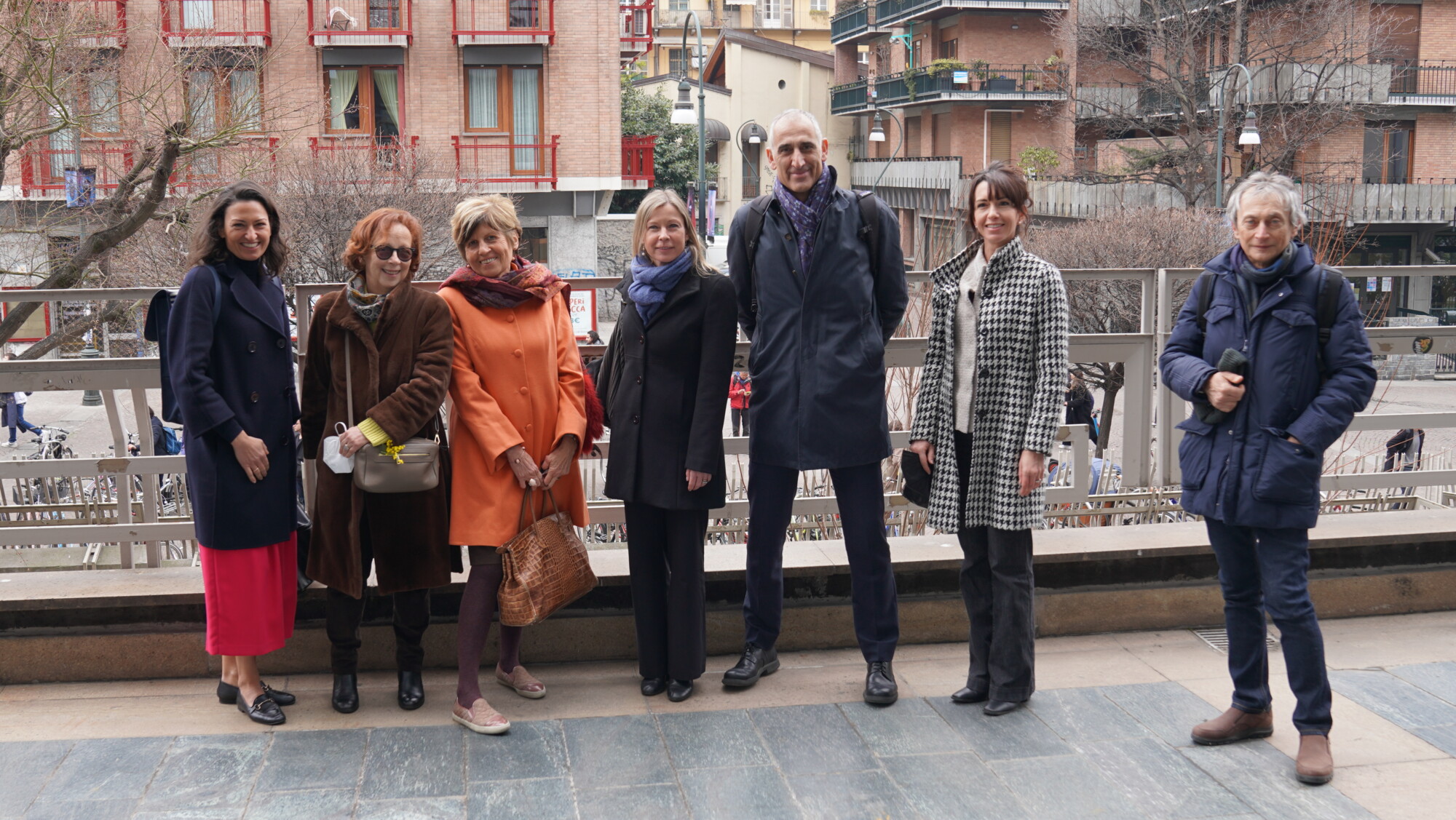 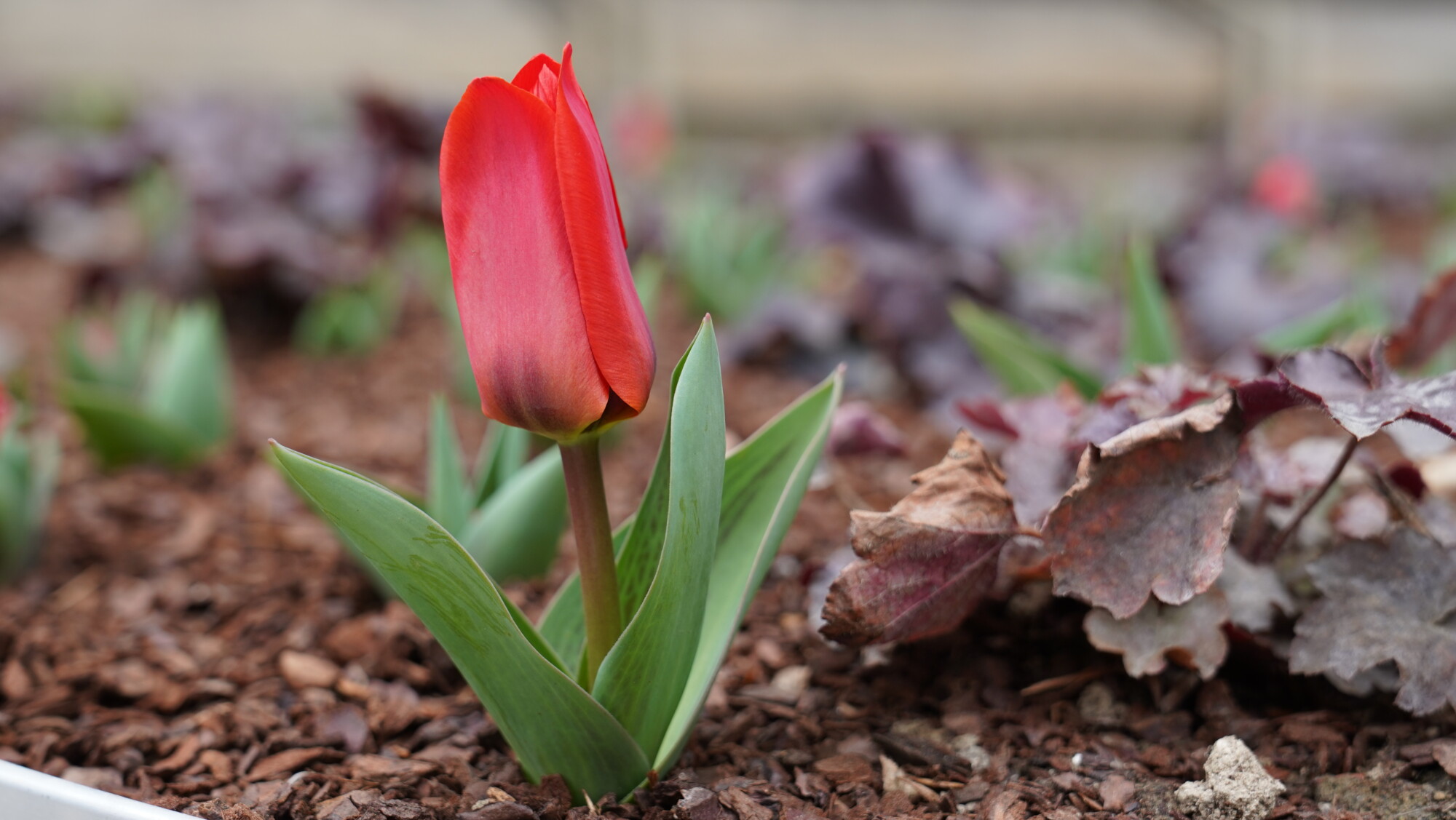 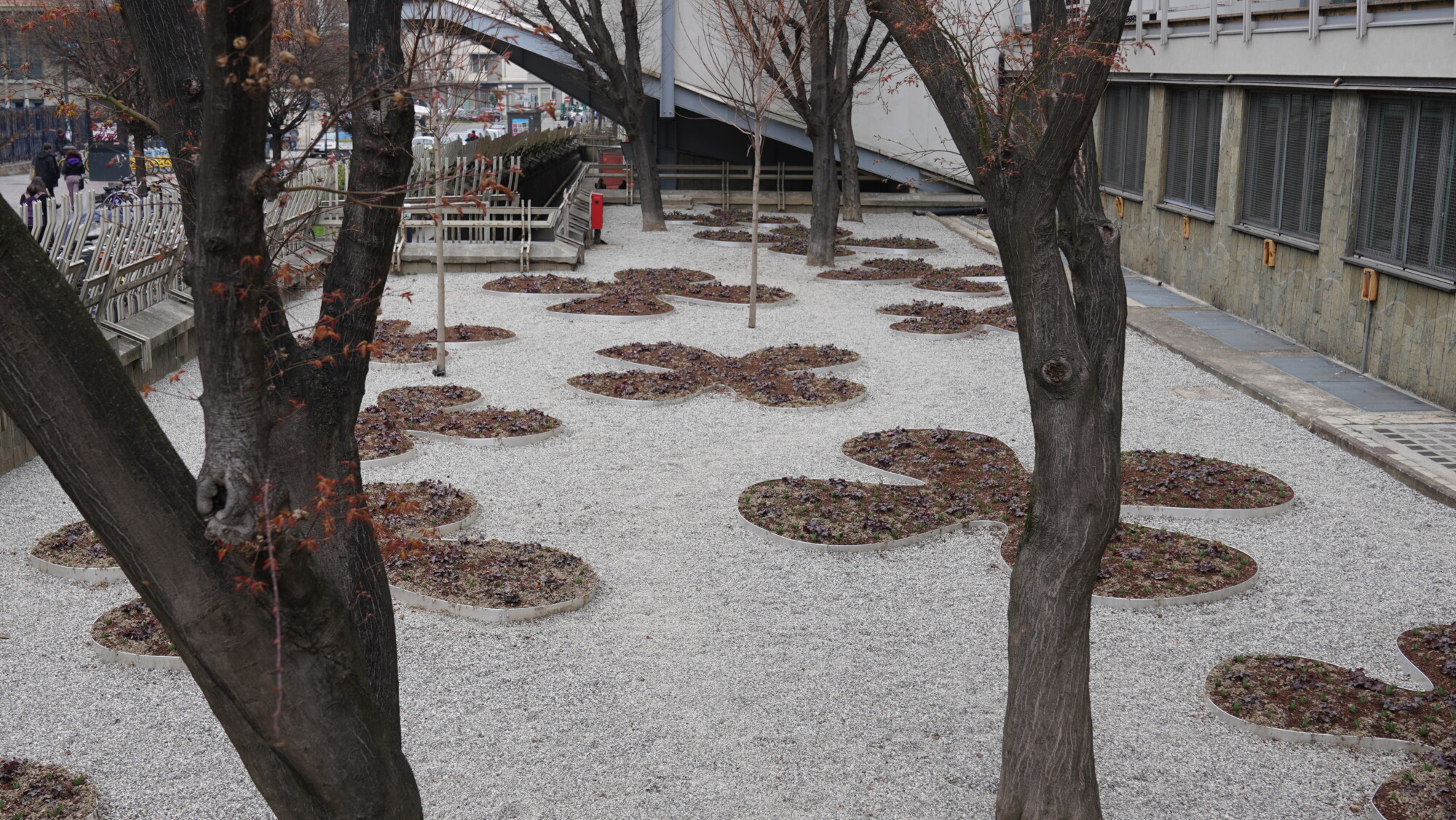 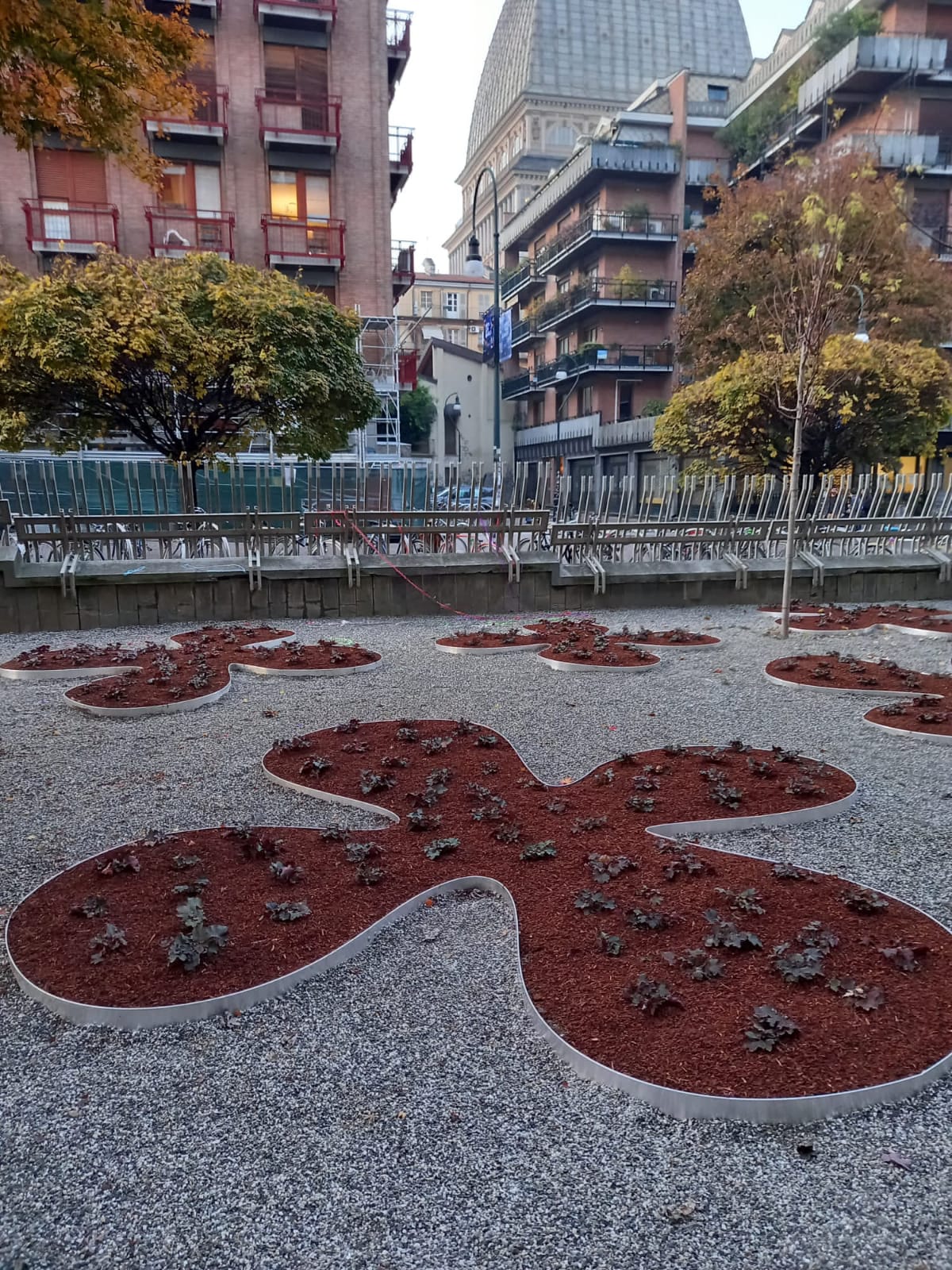 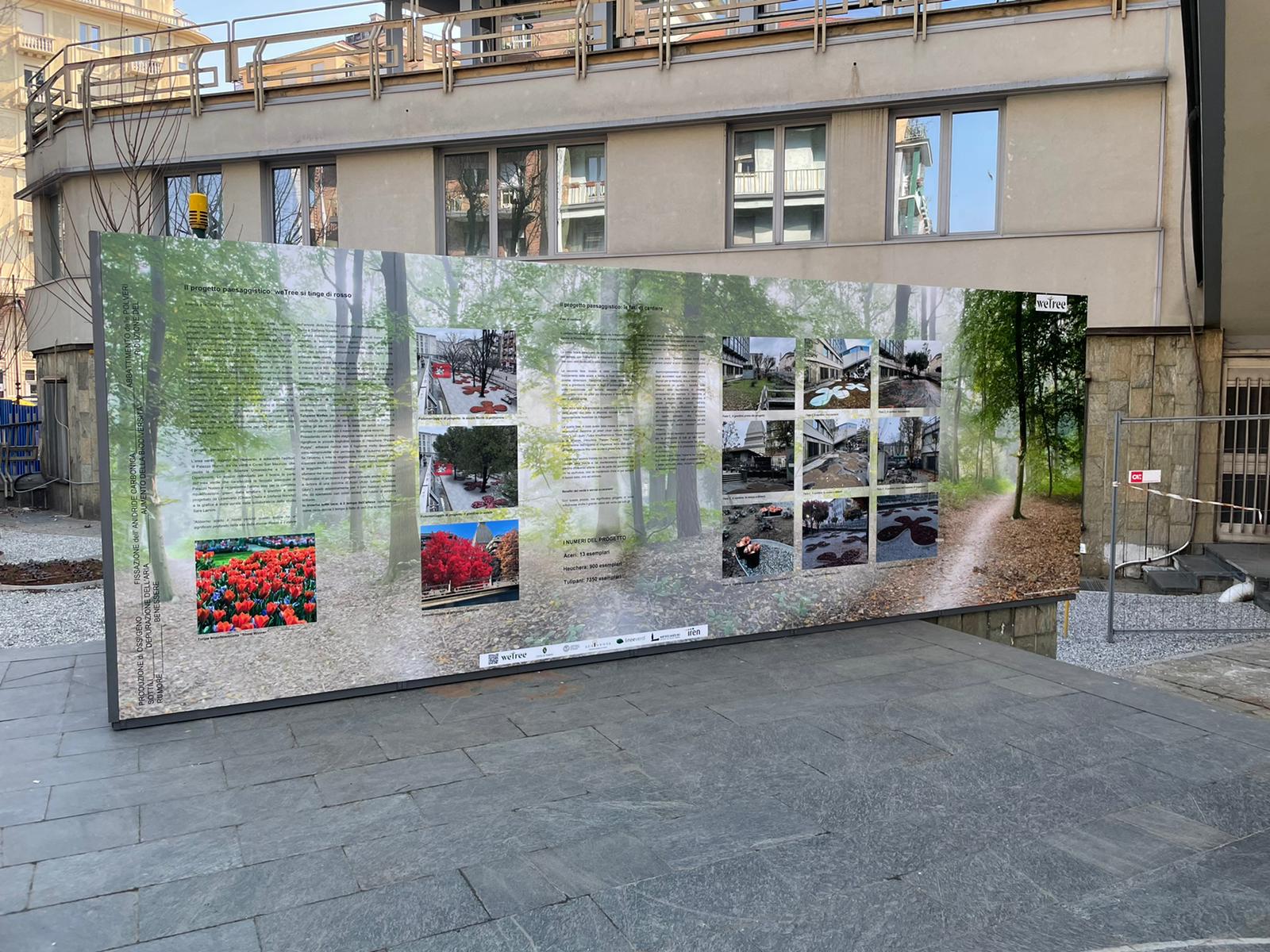 In Turin, weTree’s Woodland of ‘Others’ was inaugurated and dedicated to Lia Varesio.

On Tuesday, March 8, 2022, in Turin, one year after its presentation, the Bosco degli ‘Altri’ (Woodland of ‘Others’) dedicated to Lia Varesio was inaugurated in the green area in front of the classrooms in Palazzo Nuovo, one of the main sites of the University of Turin, an area which has been neglected up to now. Here you will find the recording of the event.

The inauguration, which was held in live streaming, was attended by Giulia Anastasia Carluccio, Deputy Rector of the University of Turin, Francesco Tresso, Councillor for Public Greenery of the Municipality of Turin, Ilaria Borletti Buitoni, President of the weTree Association and Vice President of FAI (the Italian Environmental Fund), Ilaria Capua, Director of the One Health Center of Excellence at the University of Florida, Maria Lodovica Gullino, Director of Agroinnova, and Marco Gremo, President of the Bartolomeo & C. Association.

The garden was created by landscape designers Stefania Naretto and Chiara Otella, owners of the LineeVerdi studio, who took the public on a virtual tour of the newly wooded venue.

Actress Laura Curino interspersed the interventions of the above-mentioned guests with several important reflections on the topics of the day.

The facility, situated between Via Verdi and Corso San Maurizio, houses the School of Humanities and its departments. The space chosen to host the woodland is part of the green area framing the main facade of Palazzo Nuovo and is one of the last steps needed for the complete ‘green’ requalification of the complex.

“We are truly pleased – said Maria Lodovica Gullino, Director of Agroinnova, Deputy Rector of the University of Turin and spokesperson for weTree – to have completed this project at such a difficult time for our society. We have to keep in mind that 2020 was the International Year of Plant Health and that this project is the proper legacy for the years to come. The collaboration with Ilaria Capua and Ilaria Borletti Buitoni has led to the establishment of the weTree Association and to immediate actions taken in several Italian cities, including Turin. The Woodland of Others, dedicated to Lia Varesio, a very special person for the city of Turin, perfectly embodies the message of weTree. We hope that many other small woods will sprout up throughout Italy and that they will be kept healthy over time. Our country is full of determined, innovatively-minded women and the pandemic has certainly taught us something important: we must start again from women, from research and from nature”.

The first woodland in Turin was dedicated to Lia Varesio, a great woman from this city who spent her life, amidst a thousand difficulties, taking care of “others,” the most needy. A former Knight of the Italian Republic, in 1979 she founded the Bartolomeo & C. association, which today continues to pursue her ideals and hopes.

The requalification project realized by landscape agronomists Stefania Naretto and Chiara Otella, founders of the LineeVerdi studio, stimulates environmental awareness in a circular perspective, by creating a green area dedicated to a woman who distinguished herself with her activities for a better society in Turin.

weTree aims to promote, through women’s commitment, a new culture and a renewed sensitivity towards the environment, nature and the context in which citizens live, so fundamental for their health.
The heart of the project is enclosed and summarized in its Pact: eight essential points, eight concrete actions to support a renewed sustainability and rebirth of our societies: taking care of plants does not only mean protecting the environment but also preventing human diseases, reducing poverty and boosting economic development.

The weTree spokespersons are asking all Mayors to sign the above-mentioned Pact, which is a real commitment towards the environment. The first ones to accept the appeal were Beppe Sala, Mayor of Milan, Chiara Appendino, Mayor of Turin, Andrea Romizi, Mayor of Perugia and Leoluca Orlando, Mayor of Palermo. Soon Antonio Decaro, Mayor of Bari, will also join them.
It is a path that will cross all of Italy: in each city, weTree is committed to donate a green project and support a series of initiatives that reward the commitment of women and the commitment towards the environment. 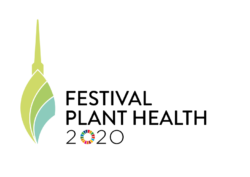 Giulia Anstasia Carluccio, Prorector of the University of Torino
Patrizia Sandretto re Rebaudengo, President of the Fondazione Sandretto Re Rebaudengo and Ambassador of Torino’s excellence in the world
Antonella Parigi, former Assessor for Culture of the Piedmont region
Elena Accati, former Full Professor at the University of Torino
Stefania Naretto and Chiara Otella, agronomists and landscape designers, founders of LineeVerdi
© 2023 weTree