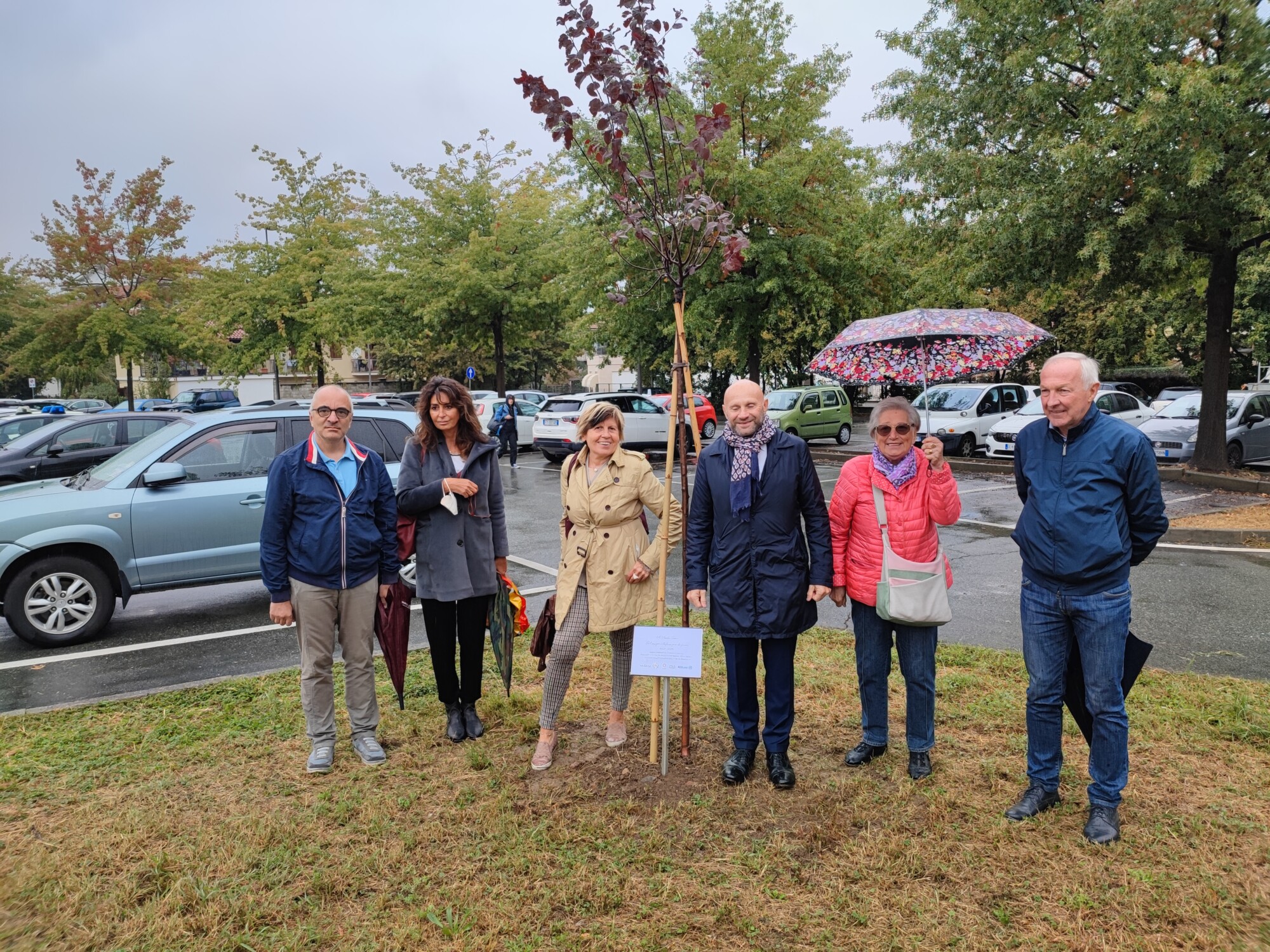 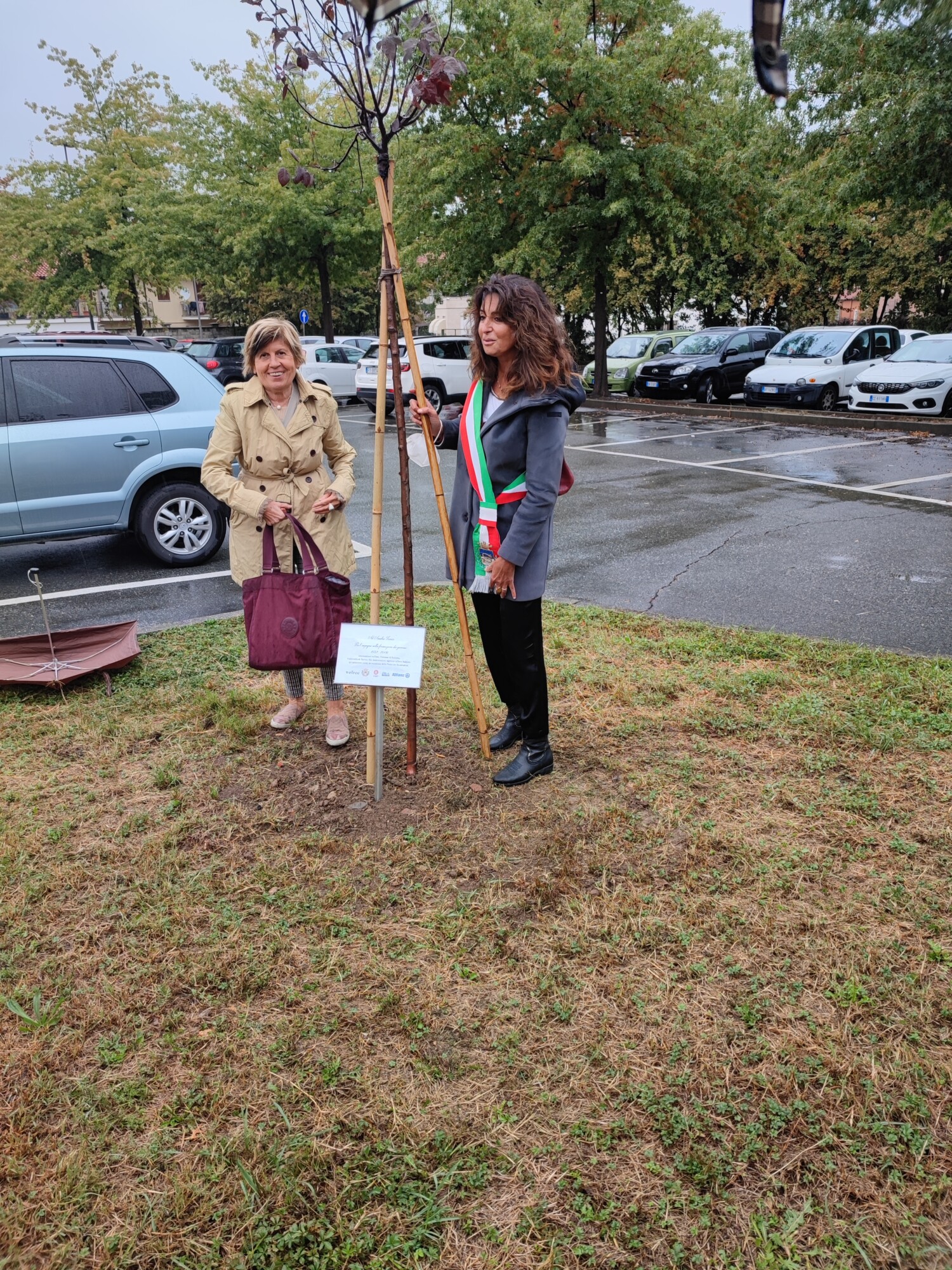 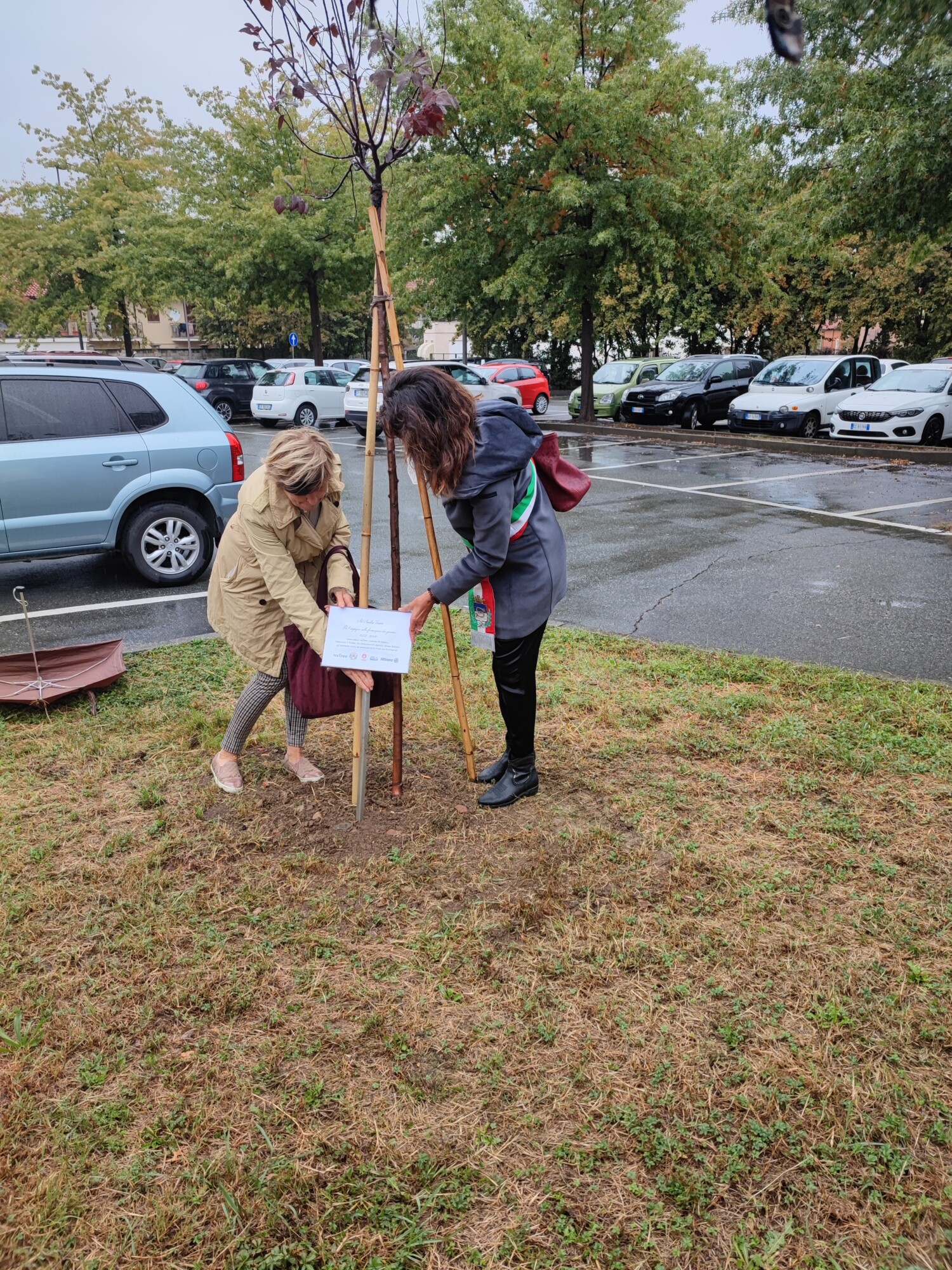 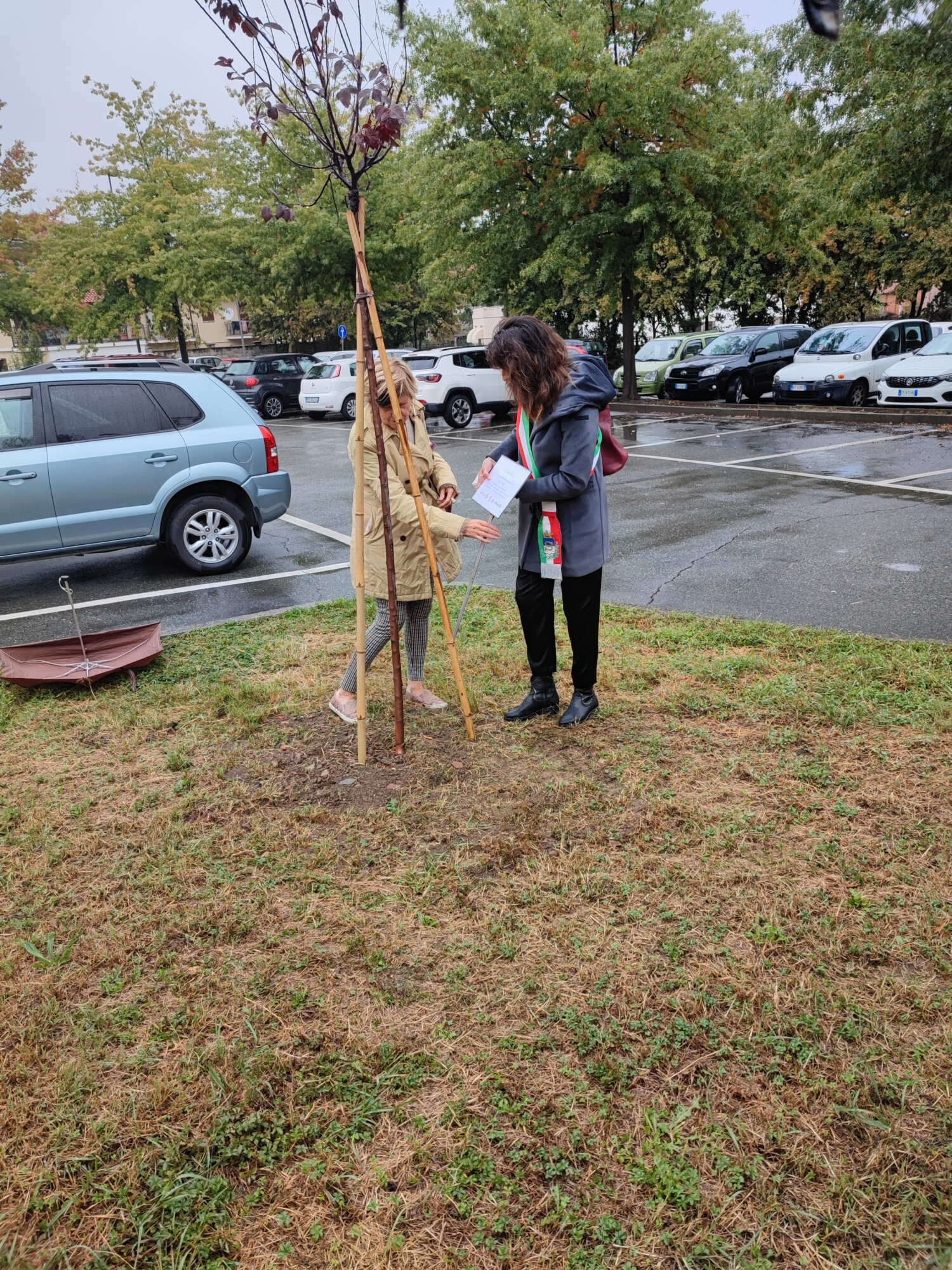 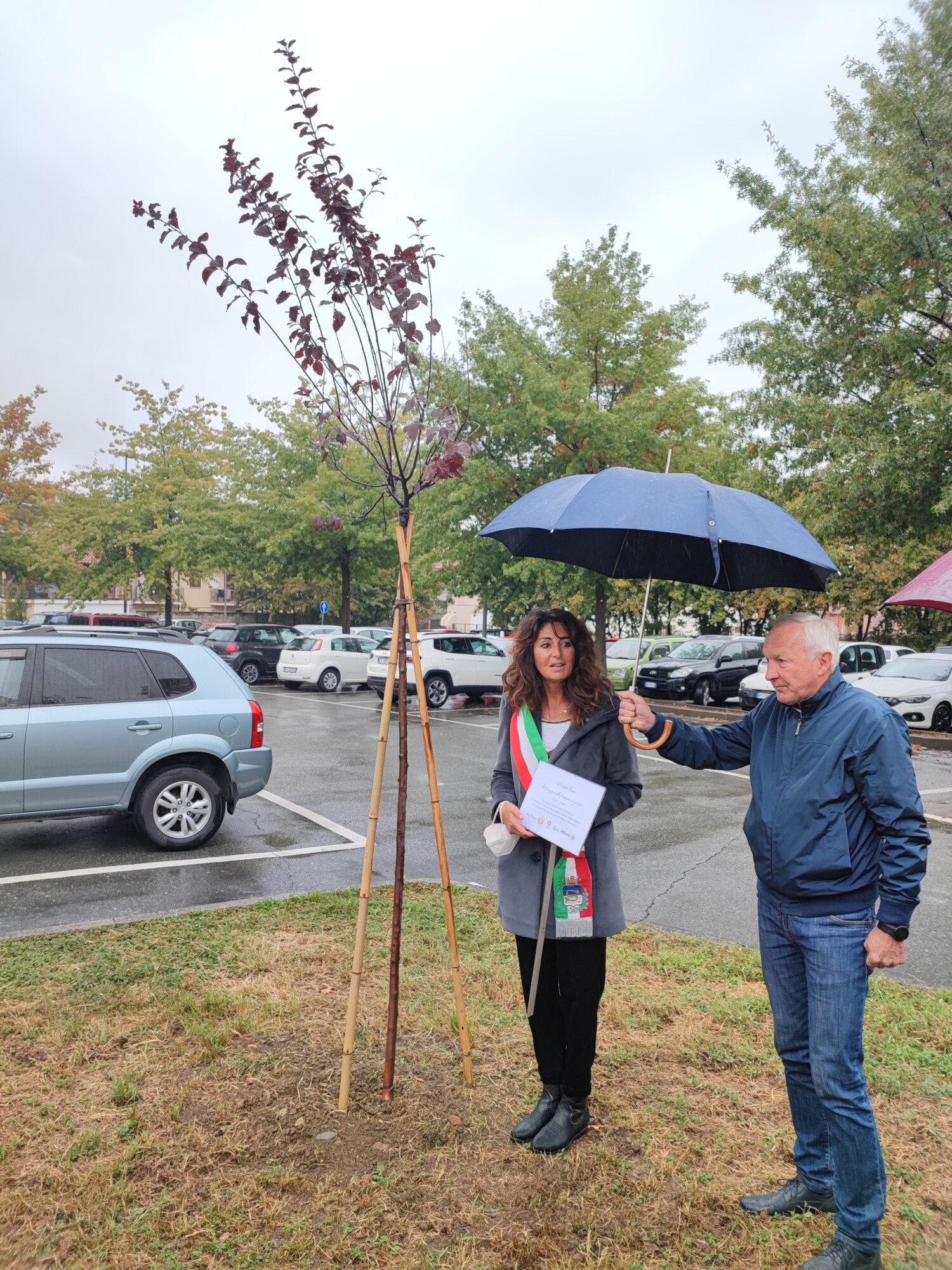 On Sept. 30, 2022, a Prunus cerasifera Pissardii was planted at Villa Aliberti, in the Pietro Gullino Park in Saluzzo, and dedicated to the memory of Amalia Isasca: she was a citizen of Saluzzo (1932- 2006), a high-ranking official of the State Accounting Service, member of boards of auditors and governing bodies of important institutions and will be remembered for her commitment to promoting the technical education of young people.

The dedication, at the initiative of the weTree Association, in collaboration with the Municipality of Saluzzo and the University of Turin, and with the contribution of BIA Assicurazioni Agenzia Allianz in Saluzzo, was held as a Preview of the “European Researchers’ Night” which Saluzzo joined this year.

“I thank all those in Saluzzo who suggested the name of Amalia Isasca, aka ‘tota Isasca,’ to me” said Prof. Maria Lodovica Gullino, “restoring, through their personal childhood memories, the portrait of a woman who commanded great respect and admiration, who held at the time top positions in her work, certainly not an easy thing to do, and who did as much professionally as in other fields, always with rigor, humility and a low profile.

The event was attended by Professor Maria Lodovica Gullino of the University of Turin, a founding partner of the weTree association, born herself in Saluzzo – Enrico Brazzoli of BIA Assicurazioni – for the Municipality of Saluzzo, Vice Mayor Franco Demaria and Culture Councillor Attilia Gullino who emphasized the symbolic value of the tree and the importance of such initiatives to raise awareness of the climate emergency among the citizens.