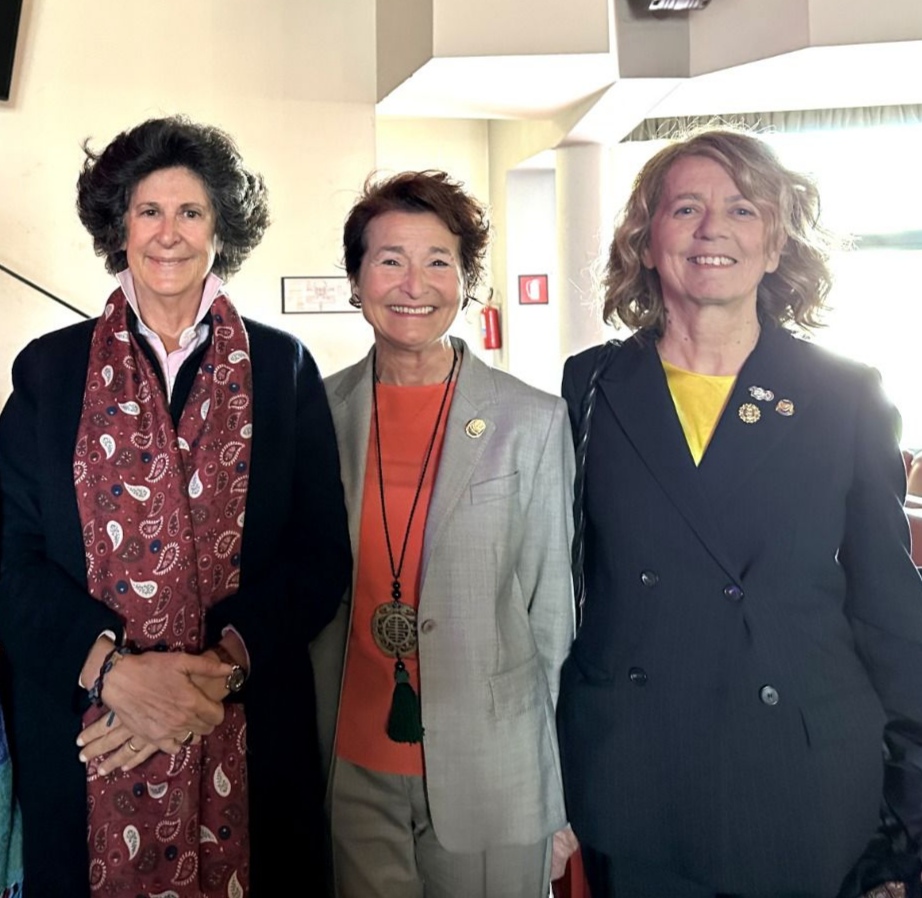 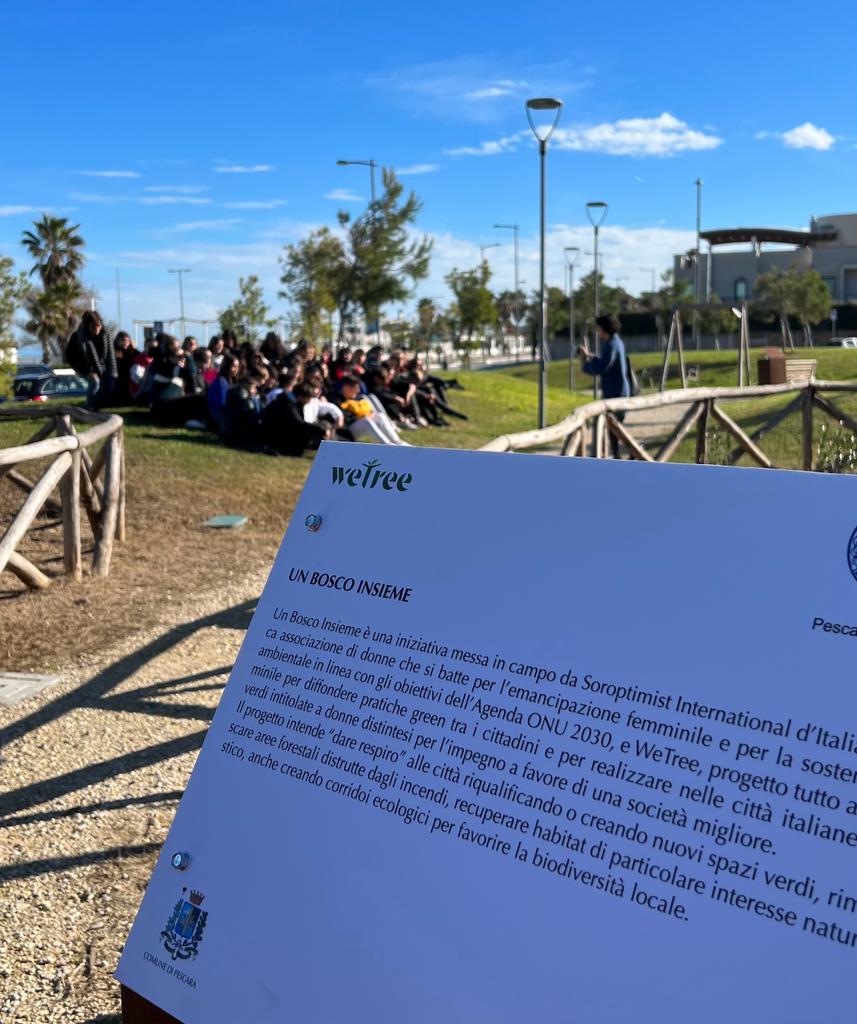 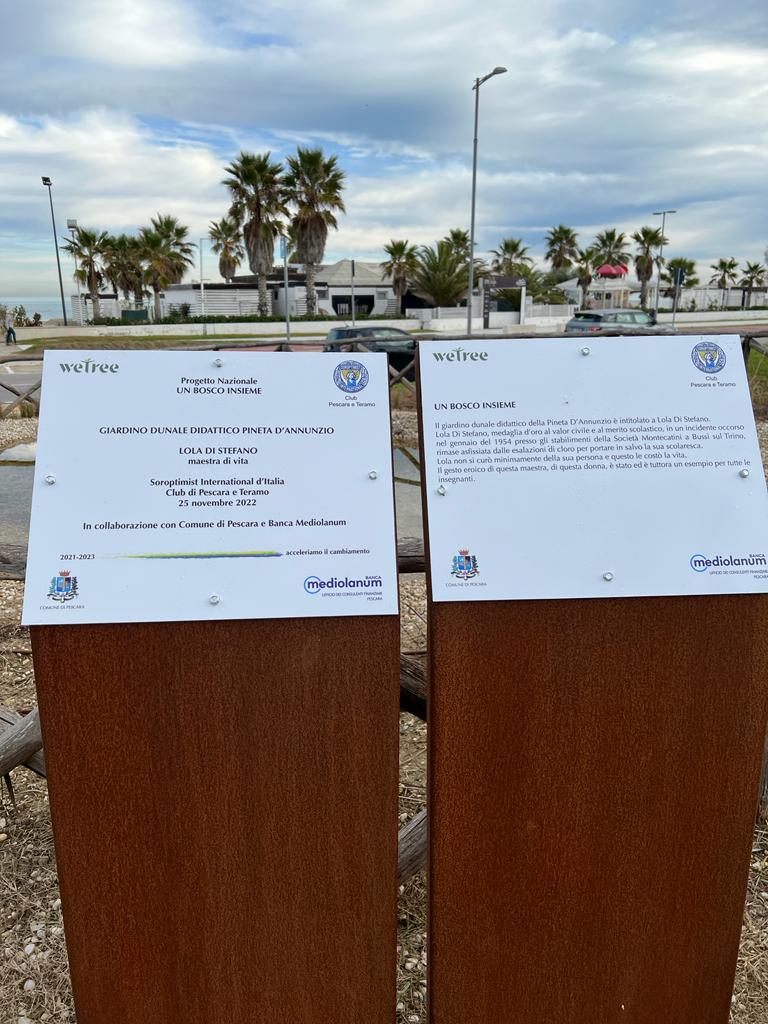 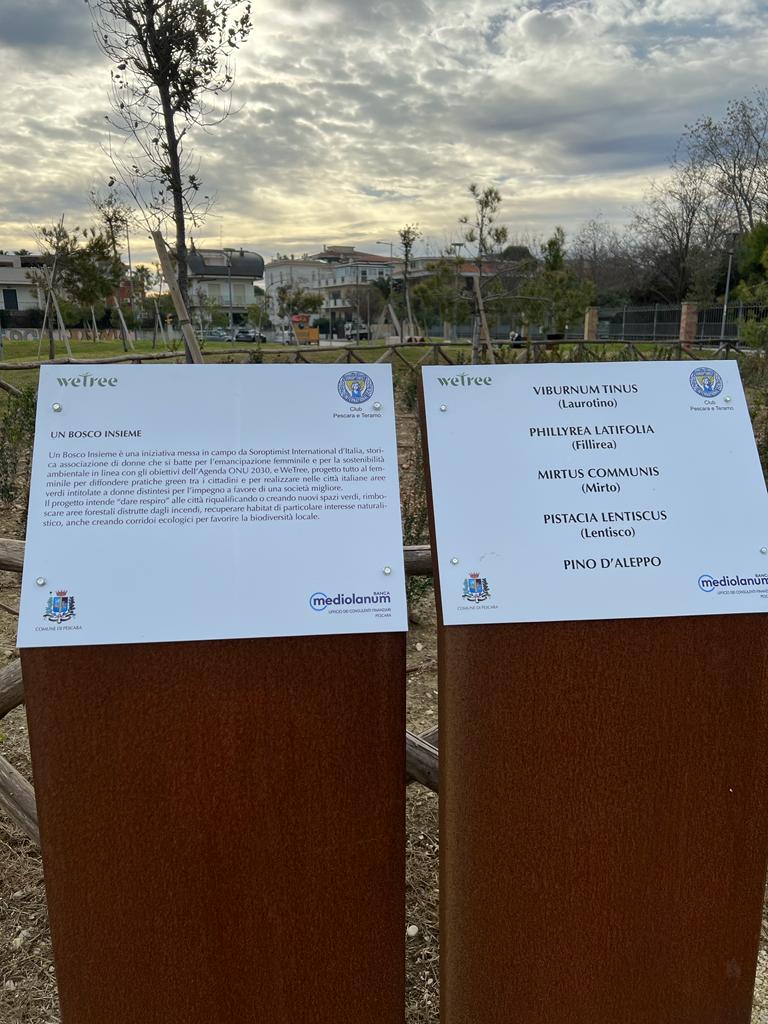 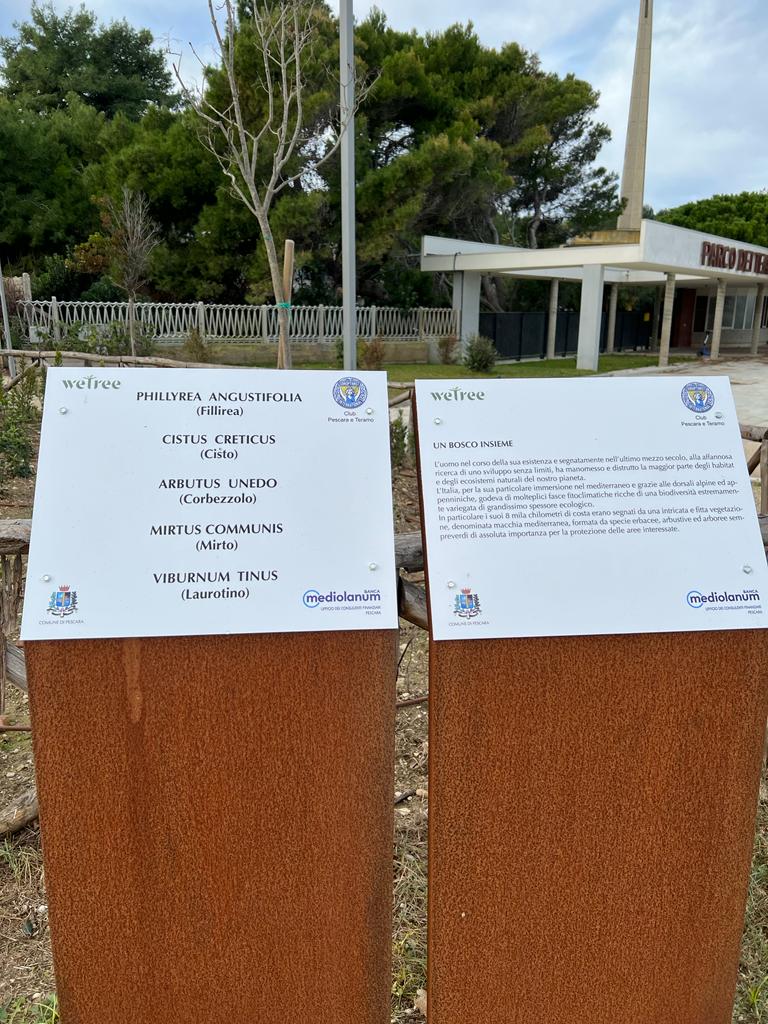 On Friday, November 25, 2022, in Pescara, the inauguration of the Educational Dune Garden in the D’Annunzio Pine Forest was held. A garden created by the Soroptimist Clubs of Pescara and Teramo as part of the “Un bosco insieme” (A woodland together) project, a new initiative launched by Soroptimist International d’Italia in partnership with the weTree Association.

In Pescara, the project was carried out in collaboration with the Municipality of Pescara and Banca Mediolanum.

The aim of this educational garden situated in an urban setting is to stimulate knowledge and protection of our ecosystems destroyed by human interventions and now endangered by impending climate change. It also wants to be an example of how to make our cities more environmentally sustainable.

“Un Bosco Insieme” (A woodland together) is a new initiative launched by Soroptimist International d’Italia, a historic association of women fighting for women’s empowerment and environmental sustainability in line with the goals of the UN 2030 Agenda, and weTree, an all-female project for disseminating good green practices among citizens and for creating, in Italian cities, green areas named after women who have distinguished themselves for their commitment to a better society.

The Educational Dune Garden was named after a special woman, LOLA DI STEFANO, a gold medalist for civilian valor and scholastic merit because, in an accident in January 1954 at the Montecatini Company plants, she was asphyxiated by chlorine fumes while heroically bringing her schoolchildren from Bussi Officine to safety.

The inauguration was preceded by a short conference, addressed to middle school students, held starting at 10 a.m. at the Ennio Flaiano Auditorium, in support of the International Campaign ORANGE THE WORLD, on the occasion of the International Day for the Elimination of Violence Against Women.