The Metamorphosis into poplar trees*: The Heliades**

*poplar, n. [lat. pop. *plōppus, for class. pōpŭlus]. – Common name for trees of the genus Populus, in the family Salicaceae, comprising about thirty deciduous species, native to the temperate regions of the northern hemisphere, including numerous natural hybrids: they have alternate leaves with marked dimorphism depending on the branches on which they are found,
and catkins (clusters of single-sex flowers) on different male or female trees; the fruits are small capsules that contain many minute seeds with cottony tufts of silky hairs at the base.

**Heliades = the daughters of the sun god who, when crying at the death of their brother Phaethon, were turned into poplar trees (and their tears, into amber). 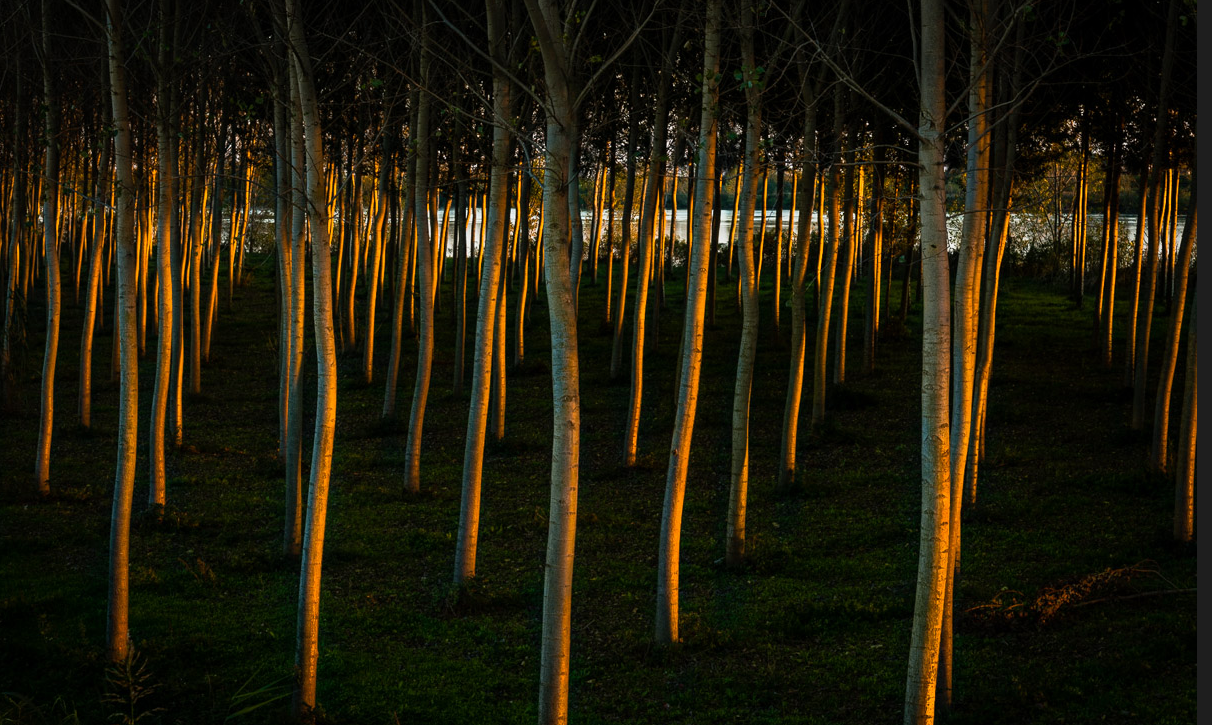 Among the innumerable metamorphoses encountered in classical mythology, there is the story of the Heliades, the “endlessly weeping” pious sisters, who were transformed into poplar trees after the ruinous loss of their beloved brother Phaethon. The story tells that Phaethon, as proof of his divine lineage, begged his father Helios to let him drive the wonderful chariot, a gift from Vulcan, with which the sun god traveled every day, crossing the vault of heaven and thus illuminating the Earth. Having lost control of the chariot, the inexperienced boy provoked disaster everywhere: he set the sky ablaze, leaving the Milky Way as a trace of his passage, he burned the woodlands and dried up the rivers and lakes. Faced with so much havoc, Zeus, father of the gods, to punish him for his thoughtless act, intervened by hurling a lightning bolt at him. His lifeless body came to rest far from his homeland, in another part of the world, in the “immense Eridanus” (the ancient Greek name for the Po River), which with its waters cleansed “his smouldering face.” The nymphs buried his burnt body in a tomb, carving the following verses in the rock:

The mother Clymene wandered for a long time before finding his tomb and the Heliades, his sisters, mourned his death night and day until they were transformed into poplars:

[…] they were abandoning themselves to weeping. Then Phaethusa, the eldest sister, wanted to throw herself to the ground, but she complained that her ankles had stiffened; the radiant Lampetia tried to come near her, but she was suddenly held back by a root; and Aegle, who attempted to tear her hair out with her hands, tore off leafy branches. One complained that a stump was gripping her legs, the other that her arms were becoming long branches. And while they were marveling at this, bark surrounded their groins and gradually wrapped around their bellies, then their chests, then their shoulders, then their hands, and only their mouths invoking their mother remained uncovered. 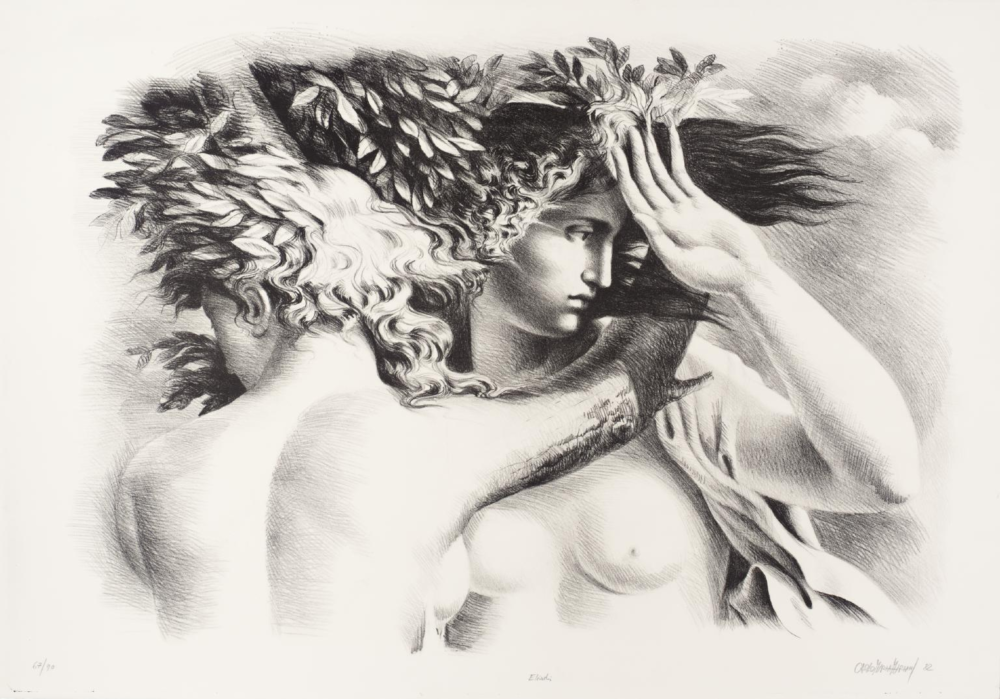 And what else could their mother do but run hither and thither, in turmoil and bewilderment, dispensing kisses while it was still possible? She also tried to tear her daughters’ bodies out of the tree trunks, and with her hands she broke tender branches, but the barks closed in their last words of lament. And instead of tears, amber oozed out, hardening in the sun and ending up in the shining river.

The rustling of the branches of poplar trees at every gust of wind had therefore struck the imagination of the Greeks, who linked this tree to the myth of Phaethon and the metamorphosis of the Heliades, his sisters, saddened by the death of their brother. 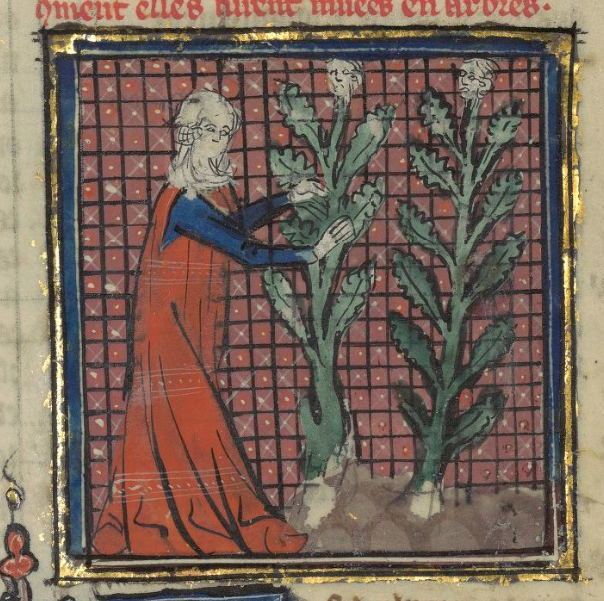