“A WOODLAND TOGETHER” project

wweTree and Soroptimist International of Italy have signed a protocol of agreement aimed at carrying out initiatives for the requalification and creation of urban green areas, as well as the reforestation and recovery of degraded habitats

“To breathe new life” into cities by requalifying or creating new green spaces, to reforest woodlands destroyed by fires, to recover habitats of particular naturalistic interest, also by creating ecological corridors able to promote local biodiversity. These are the goals of “Un Bosco Insieme” (A woodland together), a new initiative adopted by Soroptimist International of Italy, a historic association of women who fight for women’s empowerment and environmental sustainability in line with the goals of the UN 2030 Agenda, and WeTree, an all-female project for disseminating good green practices among citizens and for creating green areas in Italian cities, named after women who have distinguished themselves for their commitment to a better society.

On March 30, 2022, a protocol of agreement was signed in Milan to kick off this collaboration.

The first 4 selected pilot projects of “A Woodland Together” are:

THE WOODLAND OF THE ORIGINS
Recovery of the area surrounding a thousand-year old olive tree, the so-called plant “patriarch” in Sa Tanca Manna
Proposing club: Oristano, with the clubs of Cagliari, Gallura, Nuoro and Sassari;

LET’S PLANT TOGETHER
Planting trees at the Abbey of Cerrate and supporting the internship of a young graduate to take part in the CNR research activity on the Xylella plant pathogen.
Proposing club: Lecce, with the clubs of Bari, Brindisi, Grottaglie, Maglie-Sud Salento, Martina Franca, Matera, Potenza, Taranto;

REALIZATION OF A DIDACTIC DUNE GARDEN
Proposing club: Pescara, with the club of Teramo;

POST-FIRE REGENERATION OF THE VALLEVÒ PINE FOREST, ALONG THE TRABOCCHI COASTLINE IN ABRUZZO
Proposing Club: Chieti 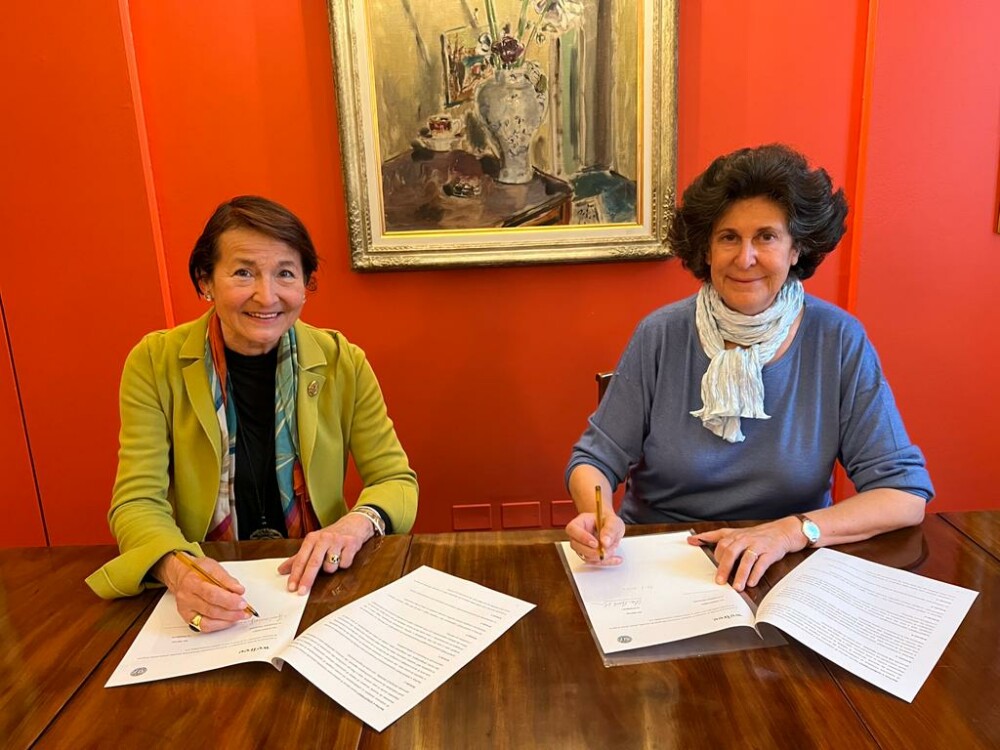 Ilaria Borletti Buitoni, President of weTree, stated:
“I am very pleased for the start of this collaboration with a great association like Soroptimist, which enhances the professionalism of women with its concrete commitment. Each project will be dedicated to women who have distinguished themselves for their civil commitment, and each tree planted will be a gesture of confidence in a fairer and more sustainable future.”

“Accelerating change is the guiding principle of all the initiatives undertaken during my presidency. Change can begin even with small gestures, with each of us doing our part” commented Soroptimist President Giovanna Guercio on the sidelines of the signing of the protocol: “Recovering an abandoned garden or creating new ones where cement currently reigns – she continued – may seem a small thing if compared to the environmental crisis now affecting our planet, but nevertheless, they are important actions for locally recovering the ecological integrity of the territory, for taking care of our physical and mental health – because it is now proven that urban green areas have an impact on the psychological well-being of people – and for nurturing our sociability. A city park, especially in the most ‘problematic’ neighborhoods, is a place of aggregation that can help coexistence, sharing with others and playing together. All factors that are particularly important for children and adolescents. A green collaboration then, but one also featuring a female approach: because building a healthy environment also promotes gender equality”.

In fact, the green areas created or recovered will be named after prominent female figures, who represented with their work the values of a fair, supportive and peaceful society. The attention to the condition of women is here combined with the protection of the environment, the latter being a moral and instrumental obligation: recovering the integrity of the territory also means ‘restarting’ ecosystem services that are of vital importance for us: CO2 capture and pollutant fixation, mitigation of heat waves and prevention of hydrogeological risk.